A downloadable game for Windows

You wake up and find yourself trapped in a room inside a ruined structure.  The ceiling is closing, and you have no way to climb out.  You're a slime after all, how can you climb.  Once the ceiling has closed in, it will fall, squishing you like it has done to so may before.  You're only hope is to find some way to stop the ceiling from completely closing in on you.  Are you only going to be prolonging your eventual death?

The theme for Ludum Dare 42 was to "Running out of space".  In this game, the ceiling is sealing itself off. You have to scramble to find active nodes to delay the inevitable.  Eventually, the ceiling will close off and fall on you.  While managing this, you also have to fight off a horde of dead slimes who have died before you.  They close in fast and overwhelm quickly if not dealt with.

THERE IS A TUTORIAL IN GAME.  IT IS RECOMMENDED THAT  YOU PLAY THE TUTORIAL

Controls
Keyboard and Mouse. No Gamepad.
Esc will pause the game

Movement
You can move using the Up, Down, Left, or Right arrow keys, or WSAD on your keyboard.
Holding Shift will allow you to move faster 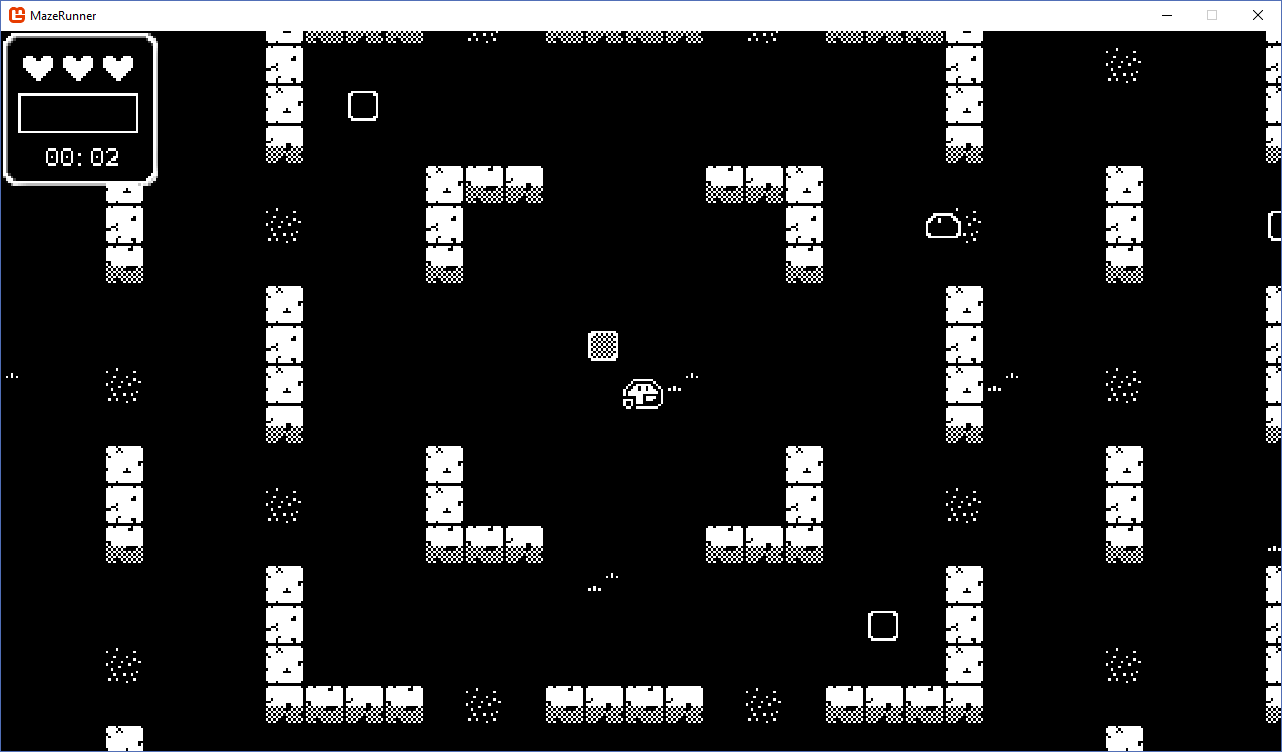 Attack
Pressing Left Click on mouse will allow you to swing your sword to attack. You attack in the direction you are facing. 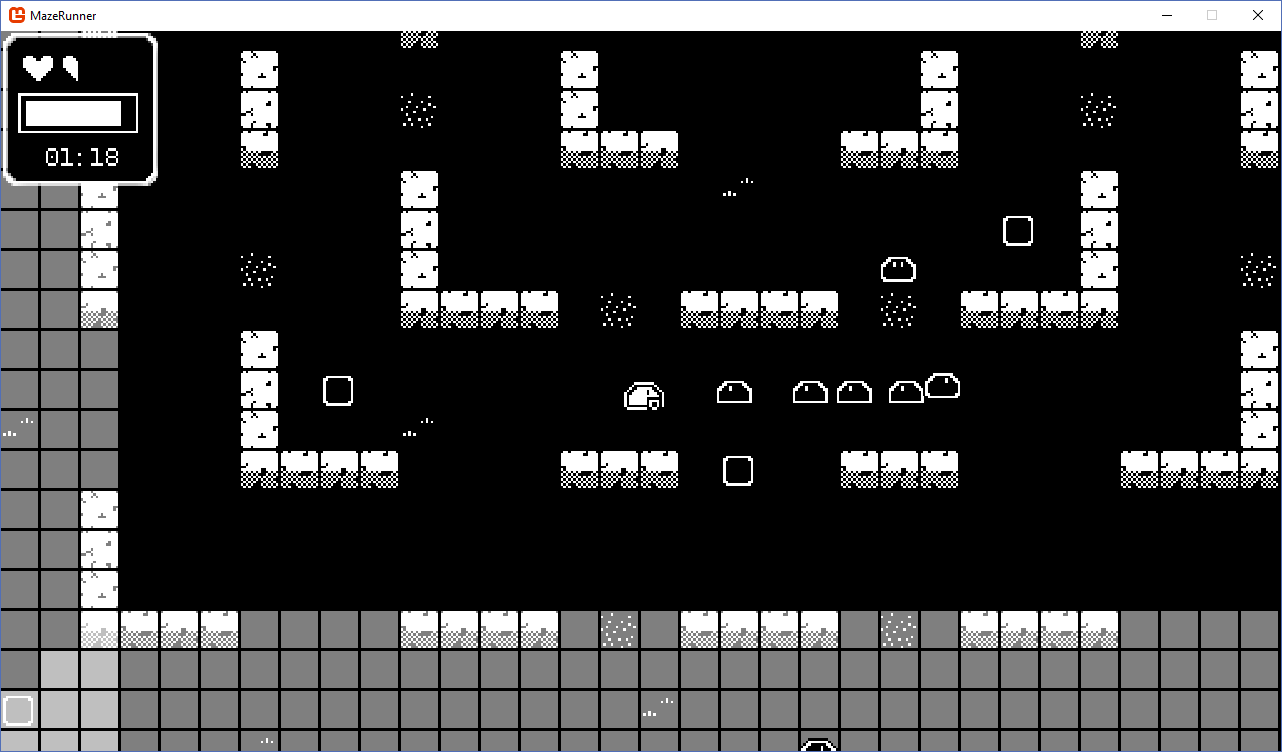 How to win
As the ceiling closes in, nodes will become active.  Standing on an active node will push the walls back, but only if you have energy to do so. Energy is gained by killing enemies. 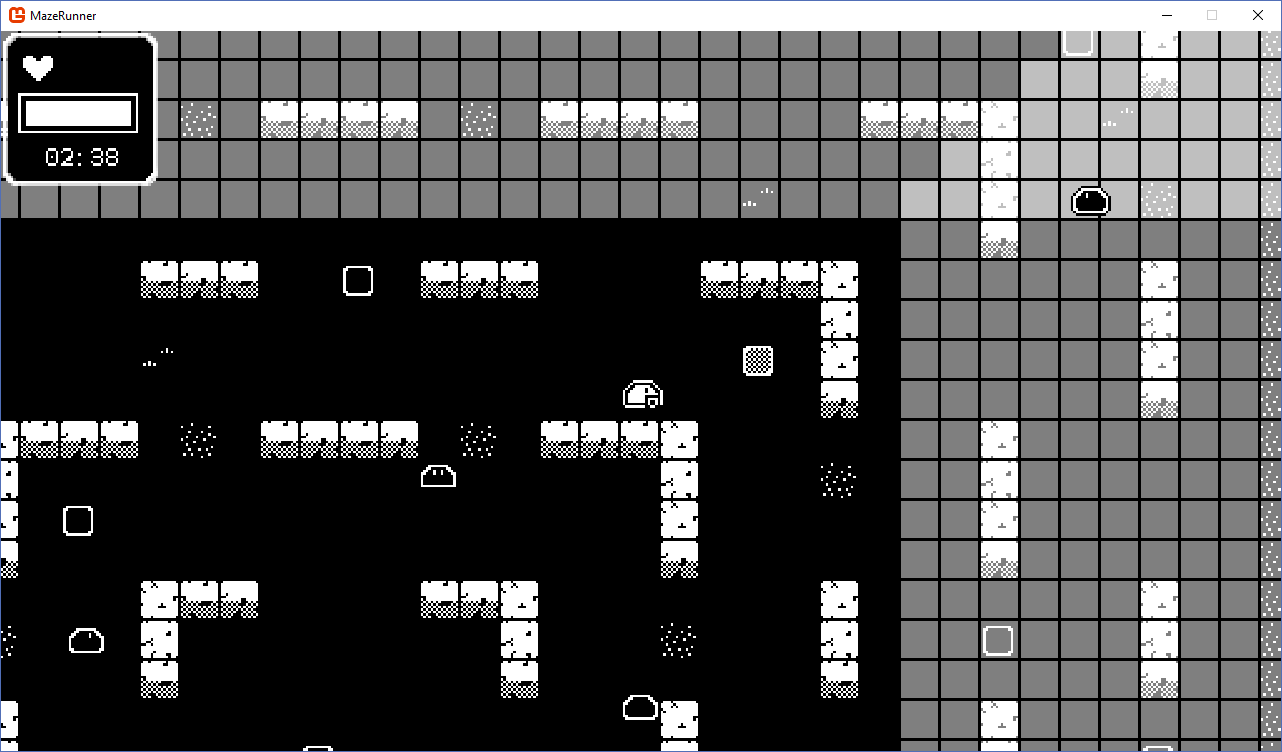 Can you survive?  Is it possible? Will you eventually die? Find out.

Sound Effects
"Squish" sound effect was recorded with Audacity, and the vocal provided by my friend ehrgeiziges

Frameworks
The primary framework used is the MonoGame framework. http://www.monogame.net/

Along with that, I have a custom framework called Psiren which is a combination of my own code and Monocle
Psiren: https://gitlab.com/manbeardgames/Psiren
Monocle: https://bitbucket.org/MattThorson/monocle-engine

And lastly, I used MonoGame Extended for Bitmap importing. https://craftworkgames.github.io/MonoGame.Extended/

I'm submitting to jam, but this was a solo endeavor.  The only assets I was unable to create my own was the music, as usual.  There is music in the game, I just didn't make it. Credits to music are below.  As such, I am removing the **Audio** category for voting.

This fix was made at 5:50 PM EDT: 10 minutes before time closed for page submission.   There was a small audio bug in the game where the background music would not loop, it would play once and stop.  It was a simple "IsLooping = true" adjustment. No other changes were made to the game except this.  As such, I have provided two downloads for the game. The one I uploaded at ~4am Monday morning that has the audio non-looping, and the one I'm uploading now at 5:50 PM Monday, 10 minutes before submissions close.

Even though I have opted out of the audio category for Ludum, I wanted to be completely transparent about this.  Again, there is no difference between the original build and the audio fix build except the one line of code telling the audio to repeat. You can view the source code at https://github.com/manbeardgames/echo to verify 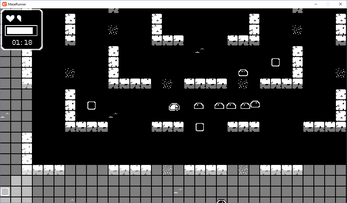 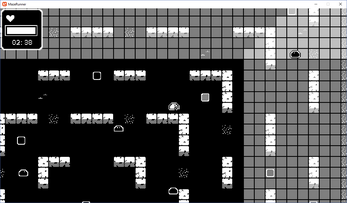 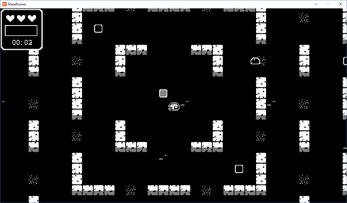